Your Guide to the 2016 Presidential Candidates: Part 4

This is part four of the Georgia Southern student guide to the 2016 presidential candidates. The much-anticipated election of 2016 welcomes 16 contenders, which can make it quite confusing to keep up. So, this guide is intended to make it a little easier for people who don’t have time to investigate each and every candidate. This week, we will discuss  Rick Santorum and Marco Rubio.

“As Conservative as They Come”

The Lowdown: He is considered the most conservative contender in the 2016 election, and his plans regarding economics, finance, and international policies are extremely conservative. He wants to add an amendment to require a balanced budget. As for immigration, Santorum plans to block the DREAM Act and any path to citizenship for undocumented immigrants, restrict legal immigration, and increase border security. Regarding international relations, he would like to strengthen the alliance with Israel and increase airstrikes and ground troops in the Middle East to fight the Islamic State. Santorum plans to raise minimum wage and simplify tax rates. He also wants to reverse the Supreme Court’s decision on gay marriage and ban all abortion except when the mother’s life is at risk.

If he were in college: Rick would be the guy that still says “frat” instead of “fraternity.” He would have the famous “Don’t Tread on Me” flag hanging above his bed and a devotion book in his nightstand drawer.

If he was a drink: Long Island Ice Tea (Southern but also Northern)

The Lowdown: Although he is not the most conservative on the ideological scare, Marco is more conservative than many of the other Republican candidates. His plans include: balancing the budget, repealing Obamacare and replacing it with tax credits and fewer regulations, and cutting corporate tax to 25 percent. As a son of Cuban immigrants, Rubio argues that Obama’s policy with the Cuban government comes “at the Cuban people’s expense” and therefore, he wants to establish more “normalized” ties with Cuba. He is known as a “hawk” on Iran and wants to toughen sanctions until their government “completely gives up its nuclear ambitions.” He is known as a charismatic man,  an opportunist, and a fan of hip-hop music.

If he were in college: He would be the guy that is always dancing and prefers clubs to bars. He would have a lot of friends from different groups and would keep his circle large, always finding new people to talk to. He would also be the guy that Instagram’s pictures of his watch and car quite often.

If he was a drink: Bacardi (because he’s from Florida)

Don’t forget to check back with us next week for the last part of your guide to the 2016 presidential candidates!

3 Creepily Delicious Punches You Must Have at Your Halloween Party 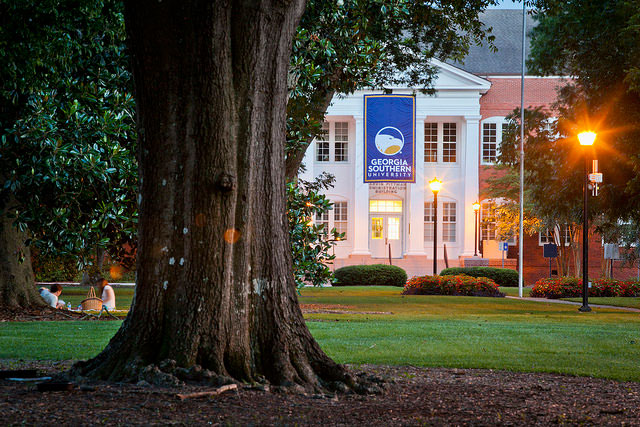 It seems like just when you think you should go to bed, that friend texts you, that video game calls your name, or perhaps...
Reflector Magazine | magseditor@georgiasouthern.edu | Copyright 2016
Back to top