Why You Should Fall in Love With Deadpool

Sometimes, the world does not need a hero. Sometimes, an anti-hero will do just fine. As an assassin with more than a few physical and mental ailments, Deadpool fits that bill. Deadpool is a character with many flaws, some of them funny and some of them downright warped. Though, in the end, those flaws are the reason why many people love him. So, here are five reasons why you should fall in love with Deadpool.

Deadpool got his name while in Hospice.

Deadpool was initially known as Wade Wilson. However, he adopted his current moniker while in the Hospice facility. This facility at face value treated failed superhuman operatives; however, Doctor Killebrew and his assistant, Ajax, used the patients as experiment subjects. Deadpool refers to a “deadpool of money” that the Hospice patients created to bet on who would die first in Hospice. When Wilson escaped Hospice, he took on the name Deadpool.

He takes perseverance to the next level.

Deadpool’s only true superpower is his uncanny ability to heal from injuries. He can regenerate limbs and organs and is immune to most poisons and drugs. He even regenerated his heart after getting it ripped out by Ajax while they fought at the Hospice facility. There have also been occasions in which Deadpool has been decapitated and somehow survived after having his head reattached to his body.

Despite his healing powers, Deadpool still struggles with feeling the effects of his cancer. If that is not enough, Deadpool has several mental illnesses, depression and schizophrenia among them. He may not handle all his health issues in the best of ways, but his issues make him more relatable.

The fourth wall is a theater term that refers to the “wall” between the audience and the actors, or in this case, the comic book characters. Characters are never supposed to break that wall. Deadpool breaks it upon acknowledging the reader or the fact that he is in a comic. Of course, whenever Deadpool does this, the other characters who are in a scene with him regard him as aloof or crazy.

Deadpool’s healing ability compliments his abilities as a very skilled assassin. He is trained in many kinds of hand to hand combat, martial arts and weaponry. Some of his iconic weapons include the two katanas he carries with him as well as various guns, grenades, and knives.

Deadpool’s sense of humor is no joke.

One of the most iconic parts of Deadpool’s character is his unrelenting sense of humor. Deadpool makes light of things in a sarcastic, cynical way that often annoys his comrades or makes him enemies. Nothing is off limits when it comes to his jokes, whether it is his own personal issues or other characters’ personal issues. Who needs political correctness?

For all these reasons and more, Deadpool is near and dear to many people’s hearts. “The Merc with a Mouth” is coming to theaters next week. The Deadpool movie will be released on February 11 at Carmike Cinemas in Statesboro. Its showings that night are at 7 and 9:40 p.m. The movie’s official release date is February 12 and the showings that day are at 4, 7, and 10 p.m.

Get Your Smooch On: The Reflector Tries Lipstick 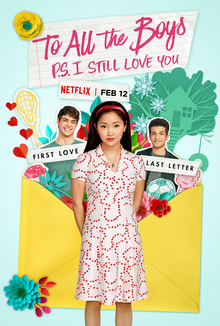 Easy Gift Ideas for Your Valentine

Get Your Smooch On: The Reflector Tries Lipstick

Ah lipstick, it can either make or break your whole outfit. If you don't know the several different kinds, you may be at a loss...
Reflector Magazine | magseditor@georgiasouthern.edu | Copyright 2016
Back to top