I saw the Queen herself live during her highly successful Rebel Heart Tour in 2016, have an entire Spotify playlist dedicated to her called “Madonna: The Queen of Pop,” and own a huge, glossy, coffee table book about her life and career.

I once randomly ordered roughly 16 of her maxi singles from Amazon, many of which are out of print and hard to find. Did I mention I’m always deemed the “#1 Madonna Fan” at The George-Anne Media Group’s semesterly awards banquet?

I remember dancing to “Ray of Light” and “Music” in my living room as a child. My mother’s friend actually owned Ray of Light, which won four Grammys and sold more than 16 million copies following its release in 1998. One of my earliest memories is holding the CD case and gazing into Madonna’s entrancing eyes on the cover.

I remember turning on MTV after school and watching Madonna’s earth-shattering collaboration with Britney Spears, whom she had just French-kissed live on national television two months prior during a performance of “Hollywood” at the MTV Video Music Awards, causing a considerable amount of media attention.

I remember hearing smash hits like “Hung Up,” “4 Minutes” and “Give Me All Your Luvin’” on the radio as a child and later as a teenager. And who can forget the Queen’s iconic Super Bowl XLVI halftime show in 2012, during which she performed with Nicki Minaj, MIA, Cee Lo Green and LMFAO, cascading through legendary hits like “Vogue,” “Open Your Heart” and “Like a Prayer.”

I rediscovered the Queen’s work in late 2015 during a shopping trip in Warner Robins, Georgia. My mother switched on the satellite radio in her car, and “Borderline” began playing. I had never heard Madonna’s early ‘80s work. It sounded immensely different from her later stuff, like an entirely different artist.

I was immediately captivated. This song was hella good. I instantly fell in love with the electric piano, thumping drum machine, glittery synthesizers, peppy melodies and of course, Madonna’s one-of-a-kind vocals.

Before I even looked at who the song was by, I remember thinking, Who is this angelic chanteuse, this bubblegum songstress, this queen of the music box? Madonna’s style had been impeccably packaged, gently placed into a garland-rose gift box, and hand-delivered to me in glorious common time by God himself.

It was undeniably dancy, total urban kid shit, and unbeknownst to me at the time, a huge chapter in the Holy Bible of pop music. I knew as I sat in my mother’s passenger seat, engrossed in the “Borderline” soundscape, that Madonna wasn’t just a pop singer. She was a lifestyle.

She was a movement.

Now, not a day goes by where I don’t listen to at least five of Madonna’s songs. Madonna has the stuff, folks, and a little something for everyone. I never get tired of her, and you won’t, either.

Why? Because throughout her nearly 40-year career, she’s dabbled in:

Madonna’s ability to reinvent herself, both musically and publicly, is why she’s the reigning Queen of Pop, crystallized in music history, impervious to a coup d’état, indelibly etched into the pop music canons right next to Michael Jackson, Elvis Presley, Prince and The Beatles.

Ariana Grande, Britney Spears, Lady Gaga, Rihanna, Beyonce and Katy Perry simply don’t compare. These pop princesses, who owe a large portion of their success to the Queen herself, are incapable of ascending the throne. Their tours, record sales, cultural impact and musical influence just can’t hold a candle to the global phenomenon that is Madonna.

Even if Madonna were to die or publicly relinquish her throne, the numbers don’t lie. The Guinness Book of World Records estimates that, as of 2018, Madonna has sold more than 335 million records, eclipsed only by Michael Jackson, Elvis Presley and The Beatles.

This quite literally makes Madonna THE best-selling female recording artist of all time.

Her album, Music, released in 2000, sold 4 million copies in just 10 days, according to CNN. Music also spawned a #1 hit (“Music”) and a Billboard Hot 100 Top 10 hit (“Don’t Tell Me”), both of which continue to sound fresh, thanks to French producer Mirwais Ahmadzaï.

Not to mention, Madonna was in her early 40s when Music stormed the charts. No big deal. The ageist music industry has never stopped her. The proof is in the pudding, and in the 10 million copies she sold five years later with Confessions on a Dance Floor.

And just when you thought her mid-40s was gonna stop her, she dropped a smash hit called “4 Minutes” with Justin Timberlake in 2008, at the age of 49. Then came a string of hits in her early-to-mid 50s, in addition to her Super Bowl halftime show.

Sorry, stan Twitter, the “Queen of Pop” isn’t Mariah Carey, Celine Dion or Lady Gaga, all of whom I love. Don’t get me wrong, these women are some of the greatest vocalists and songwriters of our time, but none of them deserve the title “Queen of Pop.”

Why? Because they haven’t been able to innovate and reinvent themselves as well as Madonna. Some haven’t even tried. Lady Gaga is the only pop artist who has come close to matching Madonna’s keen eye for music industry trends, self-promotion and visual experimentation.

Obviously, pop music is about more than just music. It’s about the image, the publicity, the collaborations, the hit singles, the cultural and sociopolitical messages behind the songs, and the theatrical extravaganzas the artists produce on tour.

Embedded deep within the music industry machine, all of these factors combine to create a pop artist, but Madonna is a pop star. Sure, people can argue that the other women I’ve mentioned are pop stars as well, but perhaps they should read a book.

Or perhaps they should read Madonna’s Sex book, a steamy, New York Times Best-Selling collection of sadomasochistic fantasies, pornographic writings and simulated sexcapades. Sex sold more than 150,000 copies the day it hit stores. Oh, and did I mention it was released in 1992 to a largely Christian public?

Writing for HuffPost in 2017, entertainment reporter Matthew Jacobs called Sex “the most radical career move a pop star has ever made,” adding that the book is an “audacious thesis statement, calculated enough to piss people off but seemly enough to maintain artistic integrity.”

Controversial! Scandalous! Libidinous! Repulsive! Voyeuristic! Let’s just say that the public didn’t respond very warmly to Sex at the time of its release.

It goes without saying, however, especially for those who were alive when it was released, that Sex, along with its musical companion, Erotica, made Madonna an even bigger star and further cemented her status as an artist, icon and pop music legend.

Speaking of legendary status, Madonna has grossed more than $1.31 billion in tour revenue, making her the third most successful touring act of all time, right behind The Rolling Stones and U2, and the highest-grossing solo touring artist of all time.

And who can forget Madonna’s:

Like no one else, Madonna has commanded the public’s attention since “Lucky Star” first appeared on MTV in 1983. She received even more attention when she rolled around on stage at the 1984 VMAs while performing “Like a Virgin.” The press had a field day!

How about when she tackled teenage pregnancy with “Papa Don’t Preach”? Family drama with “Live to Tell”? The American AIDS crisis with “In This Life”?

The 1989 music video release of “Like a Prayer” certainly caught the world’s attention due to its burning cross and Madonna being kissed by an African-American saint. Pepsi pulled a huge endorsement deal right out from her under her because of it.

And, with respect to American patriotism and solidarity, let us not speak of American Life and the title song’s uncensored music video – banned, of course, just like “Justify My Love” in 1990, “Erotica” in 1992, and “What It Feels Like for a Girl” in 2001. Madonna Ciccone. A mover and a shaker.

I particularly liked the time when she strapped herself to a silver cross during The Confessions Tour and sang “Live to Tell.” Her performance was intended to highlight the AIDS crisis in Africa at the time. It was a powerful spectacle aimed at spreading awareness, but it was sadly a performance the Catholic Church couldn’t live down.

And, seriously, did people actually think she was going to blow up the White House? That’s troubling.

But pushing the envelope, and making fantastic pop music, is what Madonna does best, and it’s what any great pop artist should do.

But what is it about Madonna, specifically, that makes the press, the public, go absolutely wild over her? She literally sipped tea and said “reductive” once and became a meme. Is it her style? Her music? Her glamor? Her ever-changing looks? Her knack for controversy and provocation?

What is it that truly makes Madonna the “Queen of Pop?”

Welcome to Pop Stardom 101. Only a select few can enroll in this course.

Aspiring pop stars, stay tuned, and let Madonna show you how it’s done.
Her new album is reportedly out this year.

Quiz: Do you have Senioritis?

Why Normani is the pop star we need right now 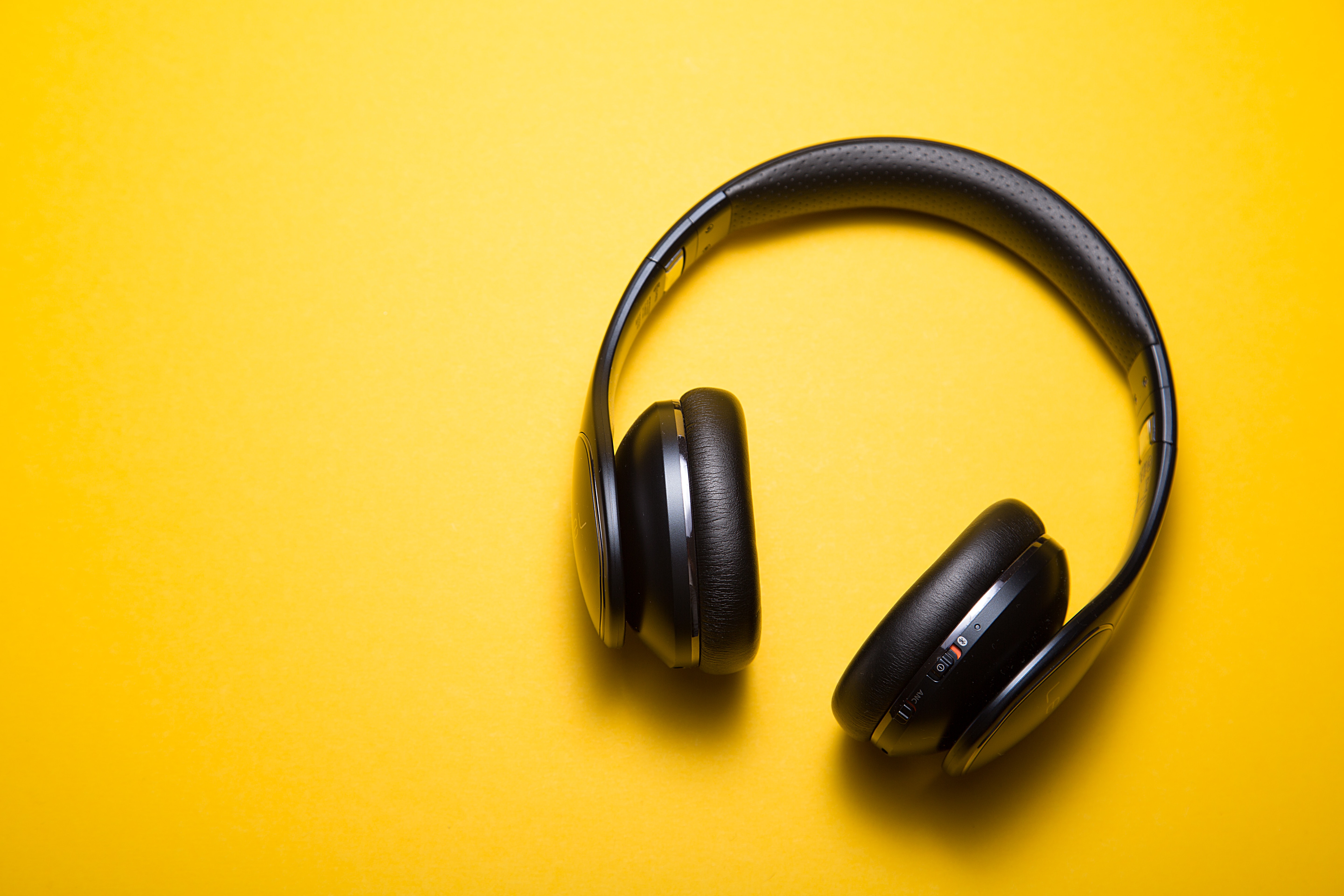 Photo courtesy of ABC She auditioned for American Idol. She received a golden ticket to advance to the singing competition’s...
Reflector Magazine | magseditor@georgiasouthern.edu | Copyright 2016
Back to top