This ain’t your hometown Denny’s: A Japanese twist on a well-known American diner

Julia Fechter is a senior multimedia journalism major and Japanese minor. She is studying abroad in Nagoya, Japan during Fall 2018 through Georgia Southern University’s partner institution, the Nagoya University of Foreign Studies, in Japan’s Aichi prefecture.

It was a late night after the first week of classes. Like many college students, my friends and I wanted to venture out from campus and find a decent place to eat, relax and have a fun time.

Only this time, I was with my new friends in Nagoya, Japan, a city that differs from Statesboro, GA in many ways. We live in an area dotted with small bakeries and cafes, and the closest fast-food restaurant is McDonald’s.

To solve our late-night cravings dilemma, one of my friends, Taylour, suggested we go to Denny’s.

“I never thought Japan would be the first place I go to Denny’s at 10 p.m.,” my friend, Carly, said.

Yes, you read that right. Out of all of the restaurants we could go to in Nagoya, we chose Denny’s, rather than a local eatery or the McDonald’s, which was a shorter walk from the dorm.

After meandering through the suburban streets lined with a mix of homes, stores and industrial buildings, we finally arrived. We were seated in a half-booth, half-chair area, with the menus already on the table.

Despite the late hour, this Denny’s was fairly busy, with several groups of two to four people spread around the restaurant. Toward the kitchen, there was a station where one could order drinks. Additionally, there were small snacks and toys you could buy near the cash register.

For some perspective, I had never been to a Denny’s before that night, so I cannot point-to-point compare the American and Japanese iterations of the restaurant. That said, the Nagoya diner had some distinct characteristics from any diner I had ever visited in America.

There were your usual diner suspects, like pancakes, fries, sandwiches and biscuits. Although, the biscuits had sliced salmon on them, so that did not seem like typical American foodfare.

The menu also listed several dishes that included hamburg steak, a type of Japanese beef patty. The hamburg steak dishes were paired with toppings such as egg, steak sauce or cheese.

If by this point you are wondering what kind of fast-food establishment this Denny’s is exactly, then wait, because it gets better. The menu diverged further into a page showcasing different kinds of spaghetti, along with Japanese-style ramen and curry.

To confuse you further, the Denny’s had a variety of desserts and alcohol. The menu listed bottled beer, Premium draft beer, a red wine, a white wine and two different types of sangria. The wine was offered in one serving or 500 milliliter servings meant for a group of people to share.

With all of these food and drink options, I am surprised that my friends and I were able to choose something quickly. To alert the waitress, we just pressed a small button that worked like a pager.

I was in more of a snacking mood, so I ordered french fries first. The plate that arrived several minutes later was laden with your typical fries. That is, the fries were not too thin and wilted, but not too large like potato wedges.

It included a side of mayonnaise. To be clear, though, this was not exactly the tangy, slightly sweet flavor of American mayonnaise. It was slightly orange, so that it appeared to be chipotle sauce. On the fries, though, it tasted like a lite version of chipotle sauce.

As my friends and I ate our main food course, I ordered a chocolate sundae. I thought, “Oh, it will be a cute, small size, like the desserts I have had in cafes.”

Nope. Try a parfait glass that is several inches tall, filled with whipped cream, ice cream, a scoop of pudding, brownie slice, Cocoa Puffs, and banana slices. It definitely seemed like two servings’ worth of dessert. In fact, Taylour later informed me that larger desserts are usually meant to be shared in Japan. Oops.

My plan of attack as follows. First, I went after the pudding. That was enjoyable to scoop up, since it seemed to be the most aesthetically pleasing part of the sundae. Many of the other elements were mixed together, such as the chocolate brownie embedded in the whipped cream.

Once I finished eating the strategically-placed toppings, I had to weather the whipped cream. Just getting through the whipped cream, to the ice cream, cereal and bananas below, was time-consuming.

As I ate the sundae, though, those ingredients mixing resulted in a wonderful crunchy-chewy and colder-warmer dynamic. Sometimes, I do like when my food has multiple aspects to its overall taste and flavor.

I ate it until some lingering bits of ice cream and chocolate had dissolved at the bottom of the glass. At that that point, I glanced at the sundae glass, both wishing I could eat more of the ice cream and being glad that I did not.

The fries and sundae cost 898 yen ($8 U.S.). That amount is roughly the average one might spend at a Japanese cafe, and the price seems on par with the cost of food at an American cafe.

However, Taylour pointed out that the Japanese portions tend to be smaller. One of the other five friends, Maya, thought that we could have gotten many more french fries if we were buying in America. When considering what I said earlier about the sundae, the Japanese seem to have a different understanding about portion size than American restaurants.

As I think about my experience more, I can see how this Denny’s functioned as a Japanese sit-down cafe. It had few truly fast-food options, but the menu still boasted a small selection of dishes that people associate with Denny’s.

This cafe excursion has been one of my most unique yet, as it blended together American and Japanese culture in a way that I never would have expected.

How to Keep Long Distance Relationships 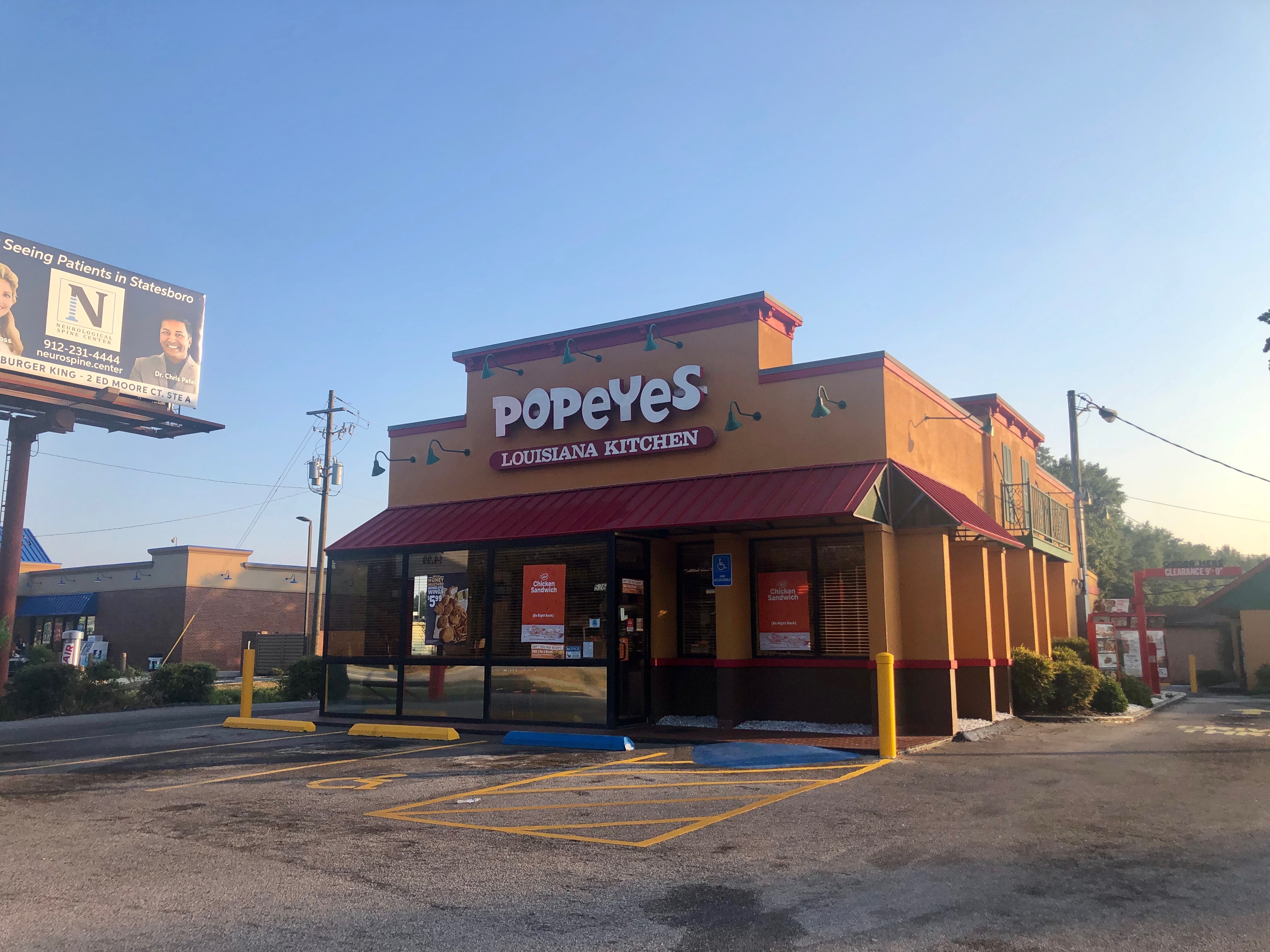 How to Keep Long Distance Relationships

“Long distance relationships never work out” is what you often hear once you start dating. A lot of people have pessimistic...
Reflector Magazine | magseditor@georgiasouthern.edu | Copyright 2016
Back to top