Where The Sidewalk Ends

If you’ve ever stumbled back home from the plaza, then you’ve probably noticed Daniel Wair, commonly known around the ‘Boro as “Chalk Guy”. He’s the man who sits down on the pavement square right by Retrievers Sports Bar & Grill and creates chalk masterpieces ranging from fan art of Futurama and Daria, to intricate aliens and monsters.

Since his arrival in Statesboro back in 2011, Wair and his chalk have become synonymous with weekends at “The Plaza” and have become an integral piece of the Georgia Southern experience. He’s seen freshmen become seniors, countless drunken brawls, arrests and even businesses close down. However, after his third incident of being harassed this semester, he has decided to put down the chalk.

The first incident this semester occurred after the Savannah State football game. Two men ran by and grabbed his well known top hat, the same hat where he kept his tips and cell phone. With the money and phone long gone, he luckily found his hat discarded in a nearby bush.

The second incident was when a passing car threw a tallboy beer can at Wair and hit him on the shoulder. Wair said on his Tumblr page that the incident was, “rude, pointless, and a waste of beer.”

“Life’s too short to spend it all pissed off.”

The final straw was on Thursday, November 13 at around 2 a.m. Wair was out a little later than usual working on a complex piece. A young man came up from behind, grabbed his hat, and sprinted past Eagle Village. His hat is yet to be returned. Wair said, “It’s just a old hat that meant a lot to me. Especially after I started doing the sidewalks. It just became part of the ‘Chalk Guy’ thing.”

He sketches in his sketchbook often and messes around with paints occasionally but he loves chalk the most. “It’s like finger painting on sandpaper,” Wair said. His go-to spot by Retrievers is well lit by street lamps and has a good amount of traffic. At ArtsFest this past spring, when asked if we could take a picture of his work, Wair said, “Sure, it’s the only way these can survive after the rain.”

One of the most notable pieces on his Tumblr page is a tribute to the late Michael Gatto, a GSU freshman who died after an altercation outside of Rude Rudy’s earlier this semester. Although he wasn’t there the night Gatto died, Wair decided that since he had been creating art at the spot in the University Plaza for so long he should do something simple to honor Gatto. “It was just something I needed to do,” he said. He offered chalk to students to sign around his piece telling them to consider the art as Michael’s last yearbook.

As for where he’s taking his talents next, Wair said, “I’m fairly notorious for not thinking that far ahead.” His wife, a communications professor at Georgia Southern University, doesn’t think he should give up sidewalk chalk.

When asked if he had a message for the GSU student body, Wair explained he thinks the underlying temperament in Statesboro needs to change. “Life’s too short to spend it all pissed off.”

“Chalk Guy” has become a local celebrity over the past four years. Wair said he will even get stopped at the grocery store during the day because of his impact on the Statesboro nightlife.

“It’s weird,” Wair said, “I’m really surprised about the amount of people who have something to say about [me].”

The Georgia Southern community has reacted strongly to his retirement letter he posted this past weekend on Tumblr. Social media application, Yik Yak, was full of comments and pleas from students and locals alike. Wair said, “I think I broke Yik Yak. It was weird to see people talking about me.”

He doesn’t know when or even if he might return, but he knows he will not be drawing by the plaza. Wair said, “I might be back someday. I’m not leaving town, I just won’t be out on that sidewalk anymore.”

We asked some students what they thought about “Chalk Guy’s” retirement.

How do you feel about “Chalk Guy’s” retirement? Tweet us @ReflectorGSU

Jeff Licciardello and Alexandra McCray contributed to this article.

Kathryn is a sophomore journalism major from Savannah, GA. She enjoys feeling pretentious about her taste in music, TV, movies, etc. Her self deprecating humor sometimes worries people. Kat, as her friends call her, is currently a magazine reporter. You can see her struggle to fit her thoughts in < 140 characters at @thekathryn974.

Discount Date Night: Build a better date on a budget for your every stage of your relationship

The Men of Movember

A Look Inside Georgia’s Only Forensic Entomology Lab
December 13, 2019  By Savannah Savage-Johnson
0 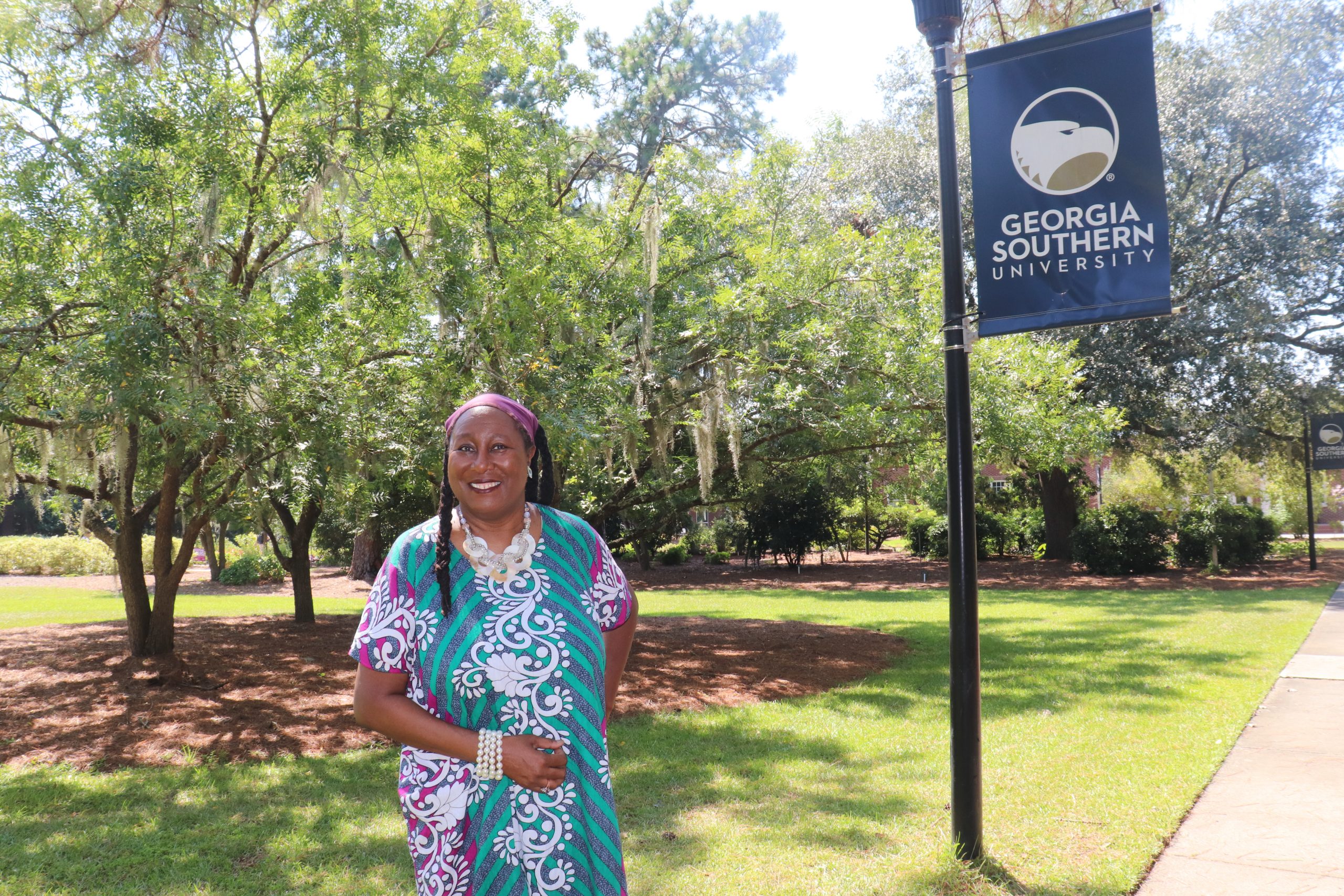 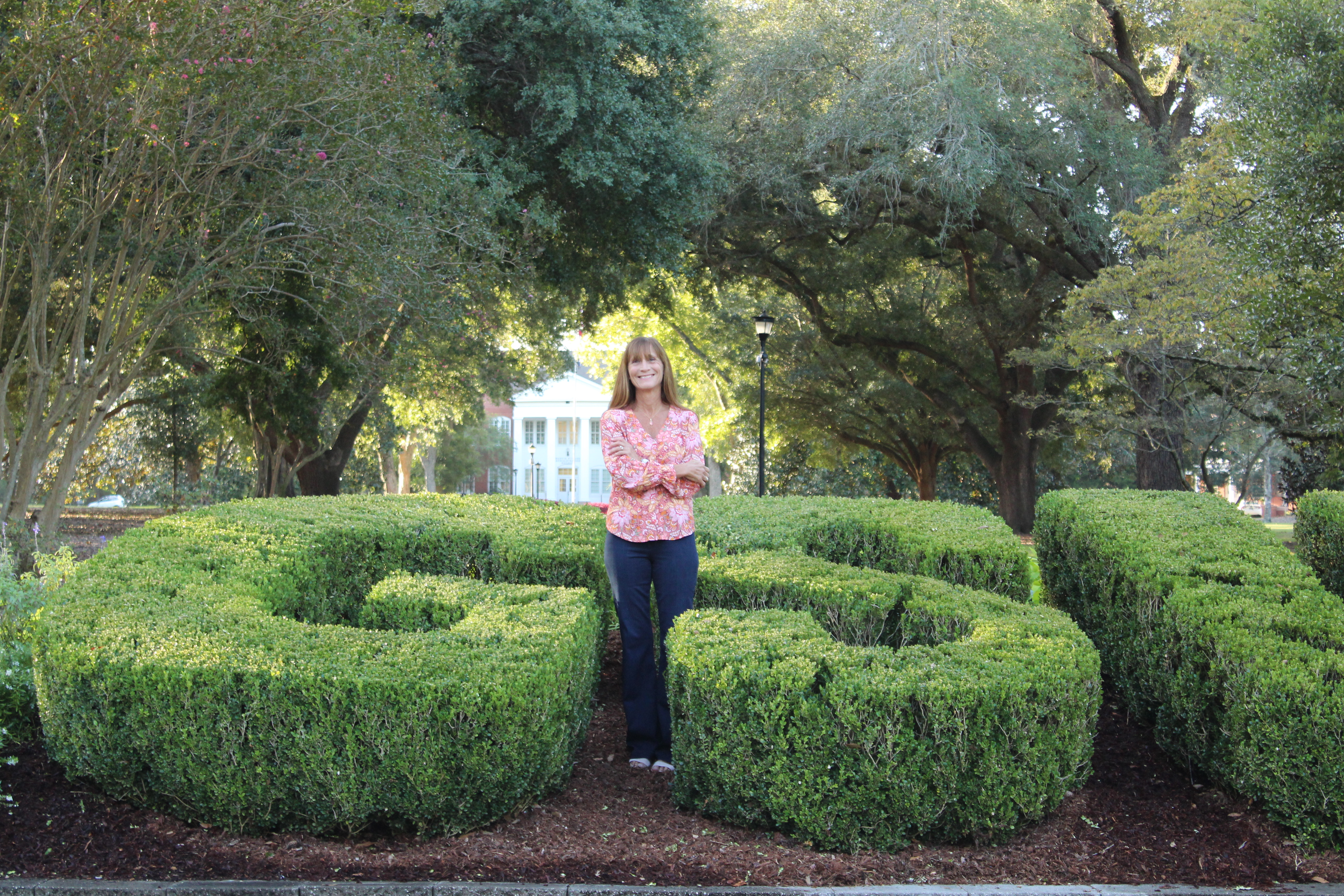 Discount Date Night: Build a better date on a budget for your every stage of your relationship The new found freedom you have upon coming to college coupled with the large co-ed student body may make it seem like your...
Reflector Magazine | magseditor@georgiasouthern.edu | Copyright 2016
Back to top