The King Steps Down: The Story of Statesboro’s Most Notorious Resident

When Chuck Berrett* walks through a doorway he commands attention. Seldom the loudmouthed type, he is preceded instead by the late nights spent with the patrons of nearly every back-alley dive bar in Statesboro. Whether through halfhearted, knowing smiles to the waitresses or stiff handshakes with the locals, he is almost never out of his element.

The score was no different when Berrett squeezed his 5’10 180-pound muscular frame through the doors of Gnats Landing and sat down at an unbalanced table on the patio. Each time the seventh year Georgia Southern senior opens his mouth to speak through his two chipped front teeth, revealed to be a misguided beer bottle injury, you’d be remiss not to tune in. It is these stories that separate his running and gunning past from the charitable, reasonably upstanding, young father and business man he is today.

“When I first walked into Statesboro I was a fucking madman dude. I was killing it,” Berrett reminisced, “This was back when the Boro was the Boro. The drinks were cold and my game was colder. That’s when I really started networking with all these people. I wasn’t doing it consciously either, I was just having a good time.”

What followed were years blurred by a lengthy series of arrests and cash-grab schemes that saw him on the wrong side of the law, but growing increasingly more notorious in the community. Berrett claims his arrest record was only eclipsed by his body count as he womanized his way through various circles.

“I’d been loved back then, sure, but I never let it get to my head,” said Berrett with a laugh, “I never let these chicks get too close because I was too far into the hunt at that point. I was happier while I wasn’t confined.”

That was until he met his long-time partner Brianne*, a full-blooded local from Effingham. After meeting at The Plaza, like the start of every great one-night romance, he said something changed. He was ready to try something different with the soft spoken southern belle.

“When I first met Chuck, we were both young and wild and he’s driven me crazy along the way, but I always knew he would be the man he should be,” Brianne said thoughtfully, “He has a real heart in him. I saw that even back then.”

Three years later, this past June, he would find himself sleepless in a hospital room at East Georgia Medical Center. With Brianne draped in a customary blue hospital gown, he held his firstborn son.

“We didn’t even find out until she was six months along, six months man,” Berrett recounted with disbelief, “So I had three months to buckle down. I walked [graduated] in May. He came a month early in June, healthy as an oxen, and that’s when I really pumped the breaks.”

He’d tried giving up the bottle the year previous, only to have it creep back into his life, but since the first day he found out about the pregnancy he dawned the mask of a teetotaler. It was the same booze that landed him in lockup time and time again and claimed more of his being than just his front teeth.

Berrett claims to have 10 arrests, all misdemeanors, ranging from the trivial to the more ludicrous. The North Georgia native claims a bar fight here, a DUI there, a couple of punched through car windows, and more than a few MIPs, Statesboro’s keepsake. But if track records are to be believed, and they are in fact criminal convictions, then Berrett has an obstructed history of violence that he isn’t letting on.

“I never liked fighting, but motherfuckers are going to just get up sometimes. They see me walk in, and I’m a big dude okay, and they’re going to get some pretty stupid ideas,” said Berrett, now staunchly serious in tone.

Berrett himself is hard pressed to describe his violent tendencies aside from the natural male instinct to assert their dominance. He equates it to a combination of drunken gusto and doing a service for those who cannot defend themselves. While not described as an inherently violent person by his close friends, it seems that all the nights on the town presented ample opportunities to either defend himself or a weaker counterpart.

Things weren’t always this way for him, the crooning and the excesses, however, they started at a young age. One of his earliest memories was on his first day of school in the third grade. A teacher asked the class to quiet down so she could call roll and instead of complying, Berrett said he stood up and pterodactyl screeched as loud as he could. Then, when the dust had settled and the laughter tapered off, he relished the attention he had received as he was shipped off to the principal’s office.

“Will never knew when to quit, he never has really,” said his intrepid mother Rebecca*, “It’s caused us a whole lotta’ grief bringing him up, but we wouldn’t have him any other way. He’s our wild child and led his brothers by example I suppose.”

The first-born son to his mother Rebecca and father Chuckie*, his namesake, it seemed that he was groomed from an early age to be the man he would later become. After losing his high-paying job with Bell South, Chuckie spent nearly three years in the mid-2000s pushing a broom at Lowes for $12 an hour. The fall from grace was hard on the family. The lake house was the first to go, then the financial problems worsened to the point that he remembers his mom pulling him aside to tell him they may have to move to a local trailer park soon.

Luckily, that day never came and the family has since rebounded from the tougher times. But the memory has never fleeted for Chuck.

“What we went through when the housing market sort of fell apart back then, that put the drive in me to never end up like that again,” said Berrett, “Back then I used to watch this Disney movie all the time, Blank Check, and this kid gets this blank check from this criminal and has all the money in the world to buy whatever he wants. Kid has houses and cars and a water slide. That’s what I’ve always wanted: To be independent and tax free.”

The drive to be self-sufficient bled into his teenage years. He soon began working multiple jobs along with wrestling and playing football for West Forsyth High School. That’s also when he picked up partying and putting as many notches on his bedpost as he could. The thrill of sneaking out and the reoccurring theme of conquering something, in this case women, gave him a profound sense of self-worth.

Of all the things he dreamed of in his teenage state of grandeur, being older than his years made its way to the pinnacle.  With that, he started working at his first bar as soon as he turned 18. The problem was that being surrounded by temptation didn’t stop after he got off work.

Later that year he completed his freshmen tenure at Georgia Southern before being forced to take a year off. Instead of taking a gap year like the well-to-do higher class, Berrett took the time off to spend 30 days in a Clark County jail for multiple probation violations. From his time behind bars, the self-described sufferer of “police-TSD” said that he began to think about the strain he was putting on his relationships.

“I remember I got locked up for fighting one time and got transferred to Pelham County, real country place, because of overcrowding,” Berrett said, “The guards didn’t have guns. They said if I wanted to go I could go, but the locals would kill a nice white boy like me before I made it to the bus stop. That’s when I really thought for the first time, “Man what the fuck am I doing? How did I end up in this place?””

In fact, his behavior had reached such a breaking point that he cut his arm so deeply on a car window during that fight that he nearly bled out on the way to the hospital. Not to be deterred altogether, he decided it may just be time to tune down his partying instead of quitting wholesale.

That’s when Berrett, at this point in his early 20s, decided to try his hand at a number of entrepreneurial ventures. From buying and stocking gumballs machines, to selling scrap metal, to flipping junk cars for profit, his name started making the rounds around town.

At any number of businesses in the Statesboro area, especially the saloons, you’ll hear the same thing. Berrett, ever-moving, had just been there. Like some physical memory, he had been around just the other day. While in actuality it may have been months or even years since his last visit. With each mention of his name, some mutual experience is to be expected.

The 25-year-old can’t claim to have Blank Check riches to his name just yet, but what he has managed to build these past few years is nothing to sneeze at. Along with a friend and sepsis survivor, Berrett started a charity to help raise money to combat the world’s leading killer by infection. The newly accredited charity also serves as a platform for the organization to teach CPR and speak to regional grade schools about preventing the affliction.

After the recent birth of his son, Berrett has settled into a role as a stay-at-home dad while he searches for new opportunities to curb his capitalist leanings. He probably won’t have to look far, as he claims to have several lucrative offers for six-figure salary positions in sales in various cities around the south.

After graduating from Georgia Southern in May, after seven years of service to the school and community, Berrett says he wouldn’t have his life be any other way.

The fall from the top doesn’t have to be all the way to the bottom, but if you do reach the deepest part of the pit, you can find other valleys to climb.

“There were some casualties along the way [of his life], but I’m doing what I can to make up lost time,” Berrett said, pausing for effect, “Humans aren’t that different. You and me and her. We can run and jump, but what separates us is the work you do to better yourself. The Disney movie life doesn’t come overnight.”

*Names have been changed at the request of the subject, all other details remain factual as stated. 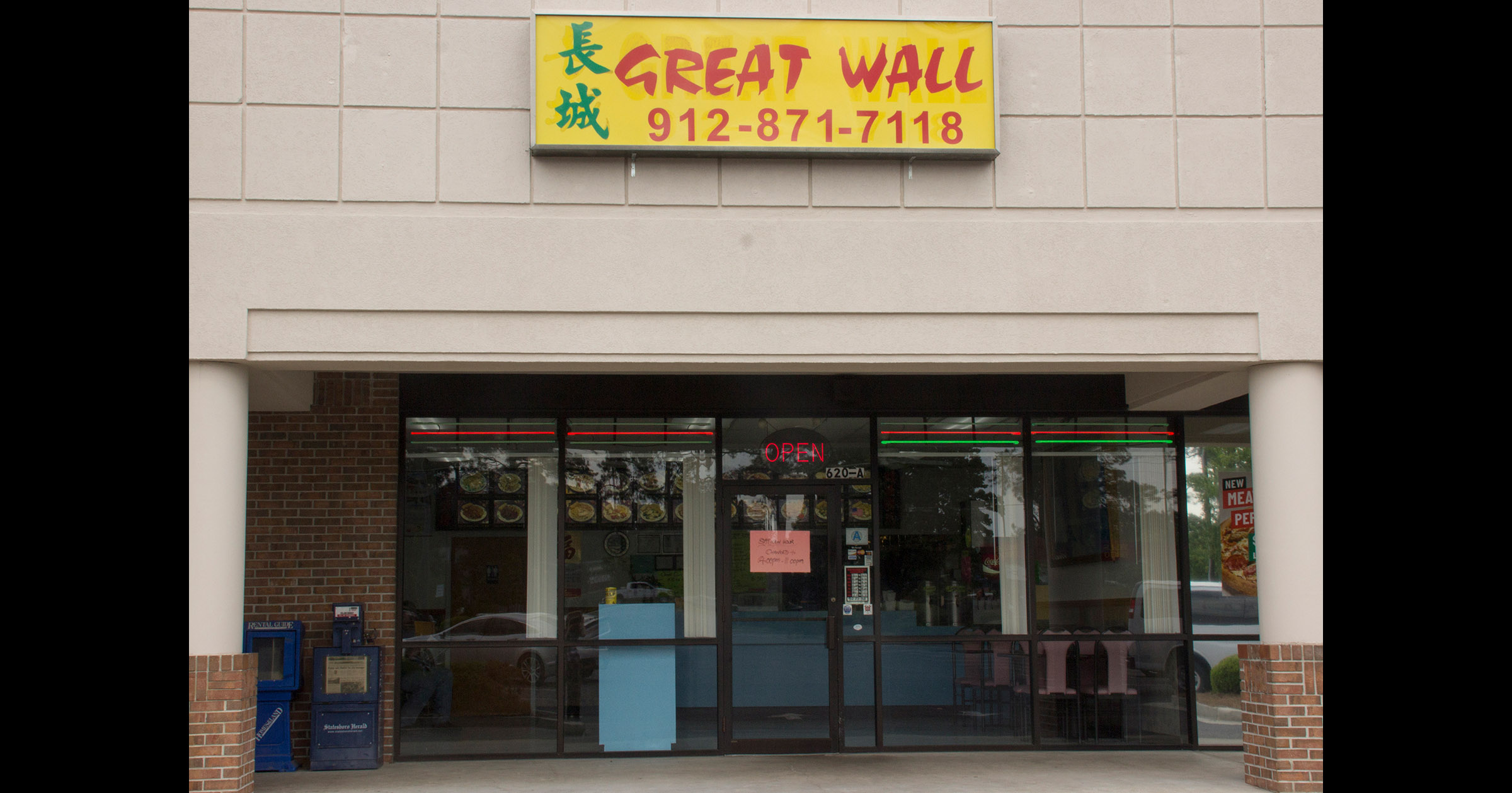 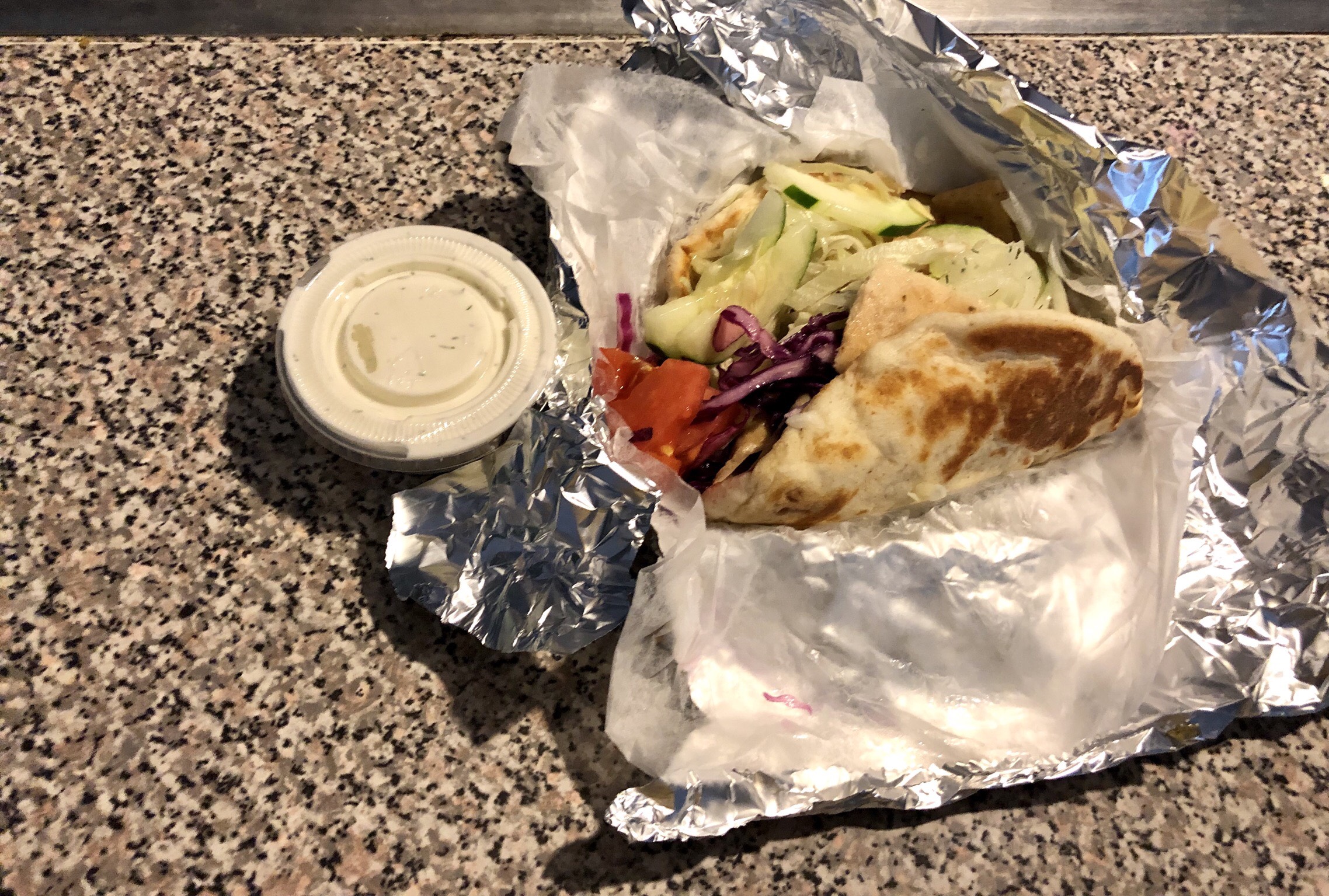 Traditions are what allow us to remember where we came from while striving to become who we want to be. Georgia Southern...
Reflector Magazine | magseditor@georgiasouthern.edu | Copyright 2016
Back to top