Living In a Fantasy Land

You might think it’s stupid and those who play it don’t have anything better to do, but the reality is that fantasy football is way more than that.

Fantasy football allows you to form a bond with your friends and family, over a game that millions across the country love and watch every week.

For those who don’t know what fantasy football is, it is a game in which participants select players at the beginning of the football season and manage them throughout the season in an attempted to score the more points than their opponents and win more games.

For me, fantasy football brings a lot of joy to my life. I might spend a lot of time just looking at my phone to determine who should I start in a particular week, but it doesn’t matter. Winning a fantasy game is at times more satisfying that my own team winning. And clearly I’m not alone.

According to the Fantasy Sports Trade Association (FSTA), 57.4 million people played fantasy sports in the U.S. and Canada in 2015.

Now that the NFL season is coming to a close, the fantasy football playoffs for many leagues are about to begin. Being in the playoffs and winning the title of league champion, represents the hard work and dedication a person has put to make sure their team had the best players in order to win. Or it could simply be a matter of luck.

For those whose season are sadly over, there is always next year. It’s time to look forward to next season to avenge those who humiliated you by running up the score.

Regardless, fantasy football does have some negative aspects, specially towards the players in real life. Many players have received death threats and insults, simply because their performance in fantasy football wasn’t good enough.

It’s true that I will get mad at players who don’t perform up to their potential (I have called OBJ a bust multiple times this year), but I realize that their health and their jobs are way more important things than whether or not I win or not. I don’t understand why people make death threats towards players, for a game that is supposed to be fun.

Hopefully this season has been a good one for you. Now it is coming to an end, I wish you the best of luck, unless you are playing against me.

How to Fix Chapped Lips

A look into Sustainable Fashion 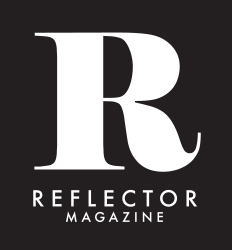 How to Fix Chapped Lips

Chapped Lips Syndrome How many times have you walked out of the house and forgot your lip balm? You are now the next victim...
Reflector Magazine | magseditor@georgiasouthern.edu | Copyright 2016
Back to top