One poet and professor, along with a local theater director, is helping bring a night of poetry back to Statesboro.

Lindamichellebaron, as she refers to herself for creative work, is an accomplished poet who also works as an education professor at the City University of New York.

She teaches her education classes with a twist. She has shifted toward using poetry as pedagogy to engage her students, teachers and parents with whom she works, Lindamichellebaron said.

Curiously enough, she and Whitaker did not first meet in Statesboro, but in New York City, where they both attended college.

An artistic background together

The two met when Whitaker was 17 or 18 years old, when he was getting a local theater group started, Whitaker said.

In the midst of looking for worthwhile friends and collaborators, Lindamichellebaron entered the picture.

“He was a producer and director and really consummate individual who could support bringing out the best of your creativity, “ Lindamichellebaron said. “He made me present my poetry better, so I could match the other actors who did my poetry better than i did.”

After college, that working relationship did not go away. Years later, Whitaker would from time to time discuss with the previous executive director of the Averitt Center, Tim Chapman, about doing an evening of poetry at the center.

Though the center would host the evening of poetry every year or so, Whitaker said that he really wanted to make it an annual event centered around celebrating the legacy and life of Martin Luther King Jr.

He named “Behold: Here Cometh the Dreamer” based on the biblical quote from Genesis 37:19-20, in which Joseph’s brothers call him a dreamer and plot to kill him in an attempt to quash his dreams–a haunting, but perhaps appropriate, take on the people that killed MLK Jr.

For the third year of the revamped event, Whitaker invited Lindamichellebaron for the first time. After a warm reception from the audience, Whitaker explained that it made sense to invite the poet and professor back to Statesboro.

This year’s main idea behind the content is “The Year of the Woman,” according to a press release that Whitaker supplied. It seemed like not only an uplifting topic, but one that seemed at least somewhat influenced by the Me Too movement that started in 2017.

Lindamichellebaron said that she thought this was a layered conversation, as there are things that black women might have to consider that others do not.

“I am the embodiment of forced sex,” Lindamichellebaron said, referring to herself as one who was conceived by rape. “Our [some mixed-race peoples’] bodies really speak to that.”

She elaborated by mentioning the legacy of white slave masters having children with the black slave women, with the black male slaves who were not the fathers raising the children.

“That is forced sex, that when we speak of #MeToo, that isn’t really part of the conversation,” she said.

However, Whitaker explained and Lindamichellebaron confirmed that much of the idea for this focus was inspired by Whitaker’s background with strong women.

“It hasn’t been [for Whitaker] a lack of men,” Whitaker said. “It’s just the strength of women, particularly the ones that raised me, were just a tower of strength… a quiet strength, not boastful or loud.”

He described living with his grandmother, who ran a boarding house in New Jersey, was a deaconess in her church and a “willing worker.” Whitaker explained that he and his grandmother took that term literally.

“She really believed in that,” he said. “She was one of the ones who, when she found out Sister Claire was two blocks over sick, and she needs some soup, my grandmother would be the one to carry her [over] some soup.”

While Lindamichellebaron is the highlighted poet, other participants will read works from Langston Hughes, Maya Angelou and Nikki Giovanni.

Children from the NAACP’s children’s group in town will read poems, including works from Lindamichellebaron and the other aforementioned poets. Notable people attending the event include the McCollars, Statesboro’s first family, and Francys Johnson, the 2018 House congressional candidate and former president of the Georgia NAACP.

As well, Larry Gator Harris, the Harlem Globetrotter from Savannah, is expected to attend. Lindamichellebaron and Whitaker are currently creating a play about Harris’s upbringing.

Whitaker explained that when he listens to Lindamichellebaron’s work, the poems make him think.

“It’s not just nice words…but she writes things that make you think after you leave her presence,” he said.

For Lindamichellebaron, poetry lets her express not only what others think, but what she thinks others think. She cited the poem “I Wish I Knew How It Feels To Be Black” and

the poem about how blackness is more than a kind of hair as contrasting examples that provide mirror perspectives on the same kinds of topics.

She likes to write poems that not only are asking and answering questions about herself, but push past herself as well.

Lindamichellebaron said, “Sometimes, part of being an artist is seeing from another perspective or feeling connected, even when it isn’t your personal experience.”

From the editor: Addressing a fabricated article, now removed

The Georgia picker: The man behind My Cousin Vinny’s Bargain Barn

Verses and pub grub: the literary community of Burning Swamp 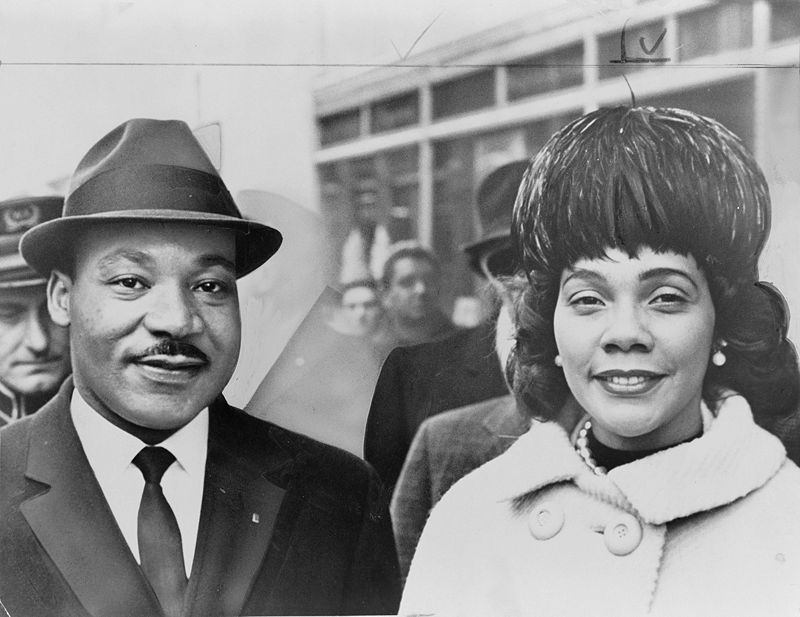 From the editor: Addressing a fabricated article, now removed

On Feb. 1, 2019, it came to my attention that a story written by a former staff member, Roxie Srikoulabouth, for the Fall...
Reflector Magazine | magseditor@georgiasouthern.edu | Copyright 2016
Back to top