Spring break is the most looked-forward-to part of the spring semester. This definitely applies to me. All I look forward to is just laying down for a week and not worrying about anything in specific. To me that is bliss so I was adamant about finding somewhere peaceful and sunny. All I wanted was to just lay on the beach in a remote corner away from horny, drunk teenagers. A few weeks before spring break I sat down with my boyfriend and we decided that we weren’t going to go to any crappy beach such as Florida – or a beach with dirty green water. Our first thought was Cuba, but we wouldn’t have been able to get our tourist visas in time. This swayed us to southern California, San Diego to be specific. This worked out really well because my boyfriend’s brother lives there, which saved us big time when it came to paying for a place to stay. So we set off on the ninth of March to Atlanta to catch our flight.

After class we set off and drove up to Atlanta at 7 p.m. and crashed at my parent’s house so that we could have plenty of time to catch our flight the next afternoon and spend time with my family. Unfortunately my best friend’s grandmother had just died so the funeral was the next morning before my flight, so I was happy that I could go and support him at least for an hour before my flight to San Diego.

We arrived in San Diego at 8:15 their time, which is 3 hours behind Georgia. My boyfriend’s brother picked us up along with his roommate Nicci, who inevitably became one of the best tour guides as well as entertainment all week. We headed back to their house and had the baked ziti that Nicci had so wonderfully prepared. We stayed up for a couple more hours and then afterwards we headed to bed to get over the jet lag.

The next morning, my boyfriend and I ate breakfast at the Broken Yolk and walked along the main road where there were thrift shops lined up block after block. All the shops on this strip were either sushi, tacos, bars, tattoo shops or thrift stores. This proved convenient because we didn’t have to walk too far to get to whatever we wanted food-wise. The food choices that we happened to gravitate towards were small taco shops and sushi, so we weren’t bad off.

We went into all thrift stores we could find on our way to Buffalo Exchange. We found this 5XL that doubles as a blanket/robe as well as a vintage shirt with old 1920s posters all over it in my size, but that’s all we ended up buying for ourselves. Space was limited, and we knew that we had a week left to go for shopping around the incredible city.

Later that night, my boyfriend’s brother’s work was having a Full Moon Party. This ended up being very different from what I expected it to be. There were aerial performances, fire throwers and dance circles. This culture amazed me, with the positivity and the general ease of this way of life. We overlooked the city of La Jolla from the rooftop business called Trilogy Sanctuary. We drank Boochkraft and other drinks with kava powder in them. This kava powder makes your body feel like lead, which was a new feeling for me. Overall the night was wonderful and eye-opening.

The next morning, we visited my boyfriend’s brother’s workplace again for breakfast. There was fog over the city, which made the palm trees hundreds of feet high quite ominous. I had a superfood acai bowl and a warrior shot made out of turmeric and ginger. Later on that day we checked into our Airbnb near the ocean in Pacific Beach, and once we had settled down, we walked along the pier that was three blocks down. That night my boyfriend and I went out to dinner at this quaint little Italian restaurant around the corner.

The next morning Nicci and my boyfriend’s brother picked us up, and we went to the tide pools in Ocean Beach. They were incredible, with small snails lining the edges. About half a mile down the tide pools that hugged the cliffs there were two separate small beaches surrounded by small caves and alcoves. I went exploring and found a cave that connected the two beaches.

It was a beautiful little find, and I wish we had gone back before we left. Soon after we left the tide pools, we went to a pizza place for their selection of beers but I enjoyed a home-brewed root beer that they offered. We nibbled on a personal pizza before heading over to the sushi restaurant that we had planned on actually going to which opened a bit later. Once the sushi place (The Joint) had opened we gorged ourselves, they drank, and we ate until we couldn’t eat any more. We then went to this wonderful co-op a few miles away. Nicci had taken a shot of Wild Turkey when we arrived and had thrown up all over herself so we spent an extended amount of time in the parking lot laughing and cleaning her up. We then went in and shopped looking at all the herbal medicine and incense. We went back to my boyfriend’s brother’s house and watched some television before going out again to a fish shop and eating tacos and laughing loudly around a fire.

On Tuesday we checked out of our Airbnb and then we spent the day with my boyfriend’s brother and his girlfriend. We went hiking down this beautiful trail down this cliff to a hidden nude beach called Black’s Beach.

We stayed there for a couple of hours and we just enjoyed the scenery as well as the sun and the ice-cold, clear water on our bare skin. Soon after we left an enjoyed the hike up the cliff which overlooked the ocean and looked exactly like all the beach pictures found in beach houses in the south.

It was breathtaking. We then got changed and went to a fancy Thai restaurant where we all shared several plates of noodles and food. We went back to the house and enjoyed the company. We kept it very low-key that night after dinner.

On Wednesday, we spent the day walking around PB and then we decided to go to the flea market in Ocean beach near the tide pools. The whole street was blocked off for all these different ethnic food stands ranging from African, Hispanic, Indian to French. There were also tons of other stands including jewelry, clothing, flowers and perfumes. I found this to be an enchanting experience. I bought a bouquet and customized it to my liking. We then went back to the house and picked up Nicci and we went to Trader Joe’s and made a charcuterie board of different cheeses while we watched the movie Blow with Johnny Depp.

Thursday we had an old Georgia Southern friend that had transferred meet up with us, and we walked around, tried different taco shops, stopped at a taco shop, and the two boys went and had a couple of drinks while I sat on the beach and enjoyed the sun before the fog rolled in as it had been doing every day.  This was probably one of the best moments of my trip – I love people watching so this was incredibly fun for me. That night we all went (including Nicci) to trivia at a local pizza place called Woodstock’s. The trivia night was sponsored by the movie Life that is coming out, so in the flash round they were giving out merchandise and free movie screenings. Our group won best name (Snooci Booci) but we didn’t win overall, but we weren’t upset by that. We then went back to the house and watched Family Guy until we went to bed.

The next morning we got all packed because our flight back to ATL was that night. We then walked along the main street and went into restaurants with green beer and Irish car bombs (try one. They’re lethal). My group kept migrating, but eventually we went to Trilogy and said goodbye to my boyfriend’s brother because he was tied up at work. Nicci and I ordered some broccoli rabe and scarfed it down while my boyfriend had more Boochkraft and walked around saying goodbye to others. We then headed to the airport and got back to Atlanta in the morning, three hours late because of a layover in San Francisco until 1 a.m. We then came back to the ‘Boro and just tried to catch up on sleep.

My spring break was incredible! I highly suggest San Diego as a location to visit sometime, and I hope the positivity of the area comes home with you!

Ariane Jensen is a sophomore writing and linguistics major with a public relations minor at Georgia Southern University. She’s was internationally raised, living places such as Germany and Botswana. She is a quirky person with an empathetic attitude. Her favorite things to do include getting tattoos, writing poems, Netflix, Food Network and listening to soulful music such as Tracy Chapman and Nina Simone. You can find her cozied up on the couch in a onesie, and snacking on Gushers and any other assortment of candy. She is the Life and Style writer for the Reflector. 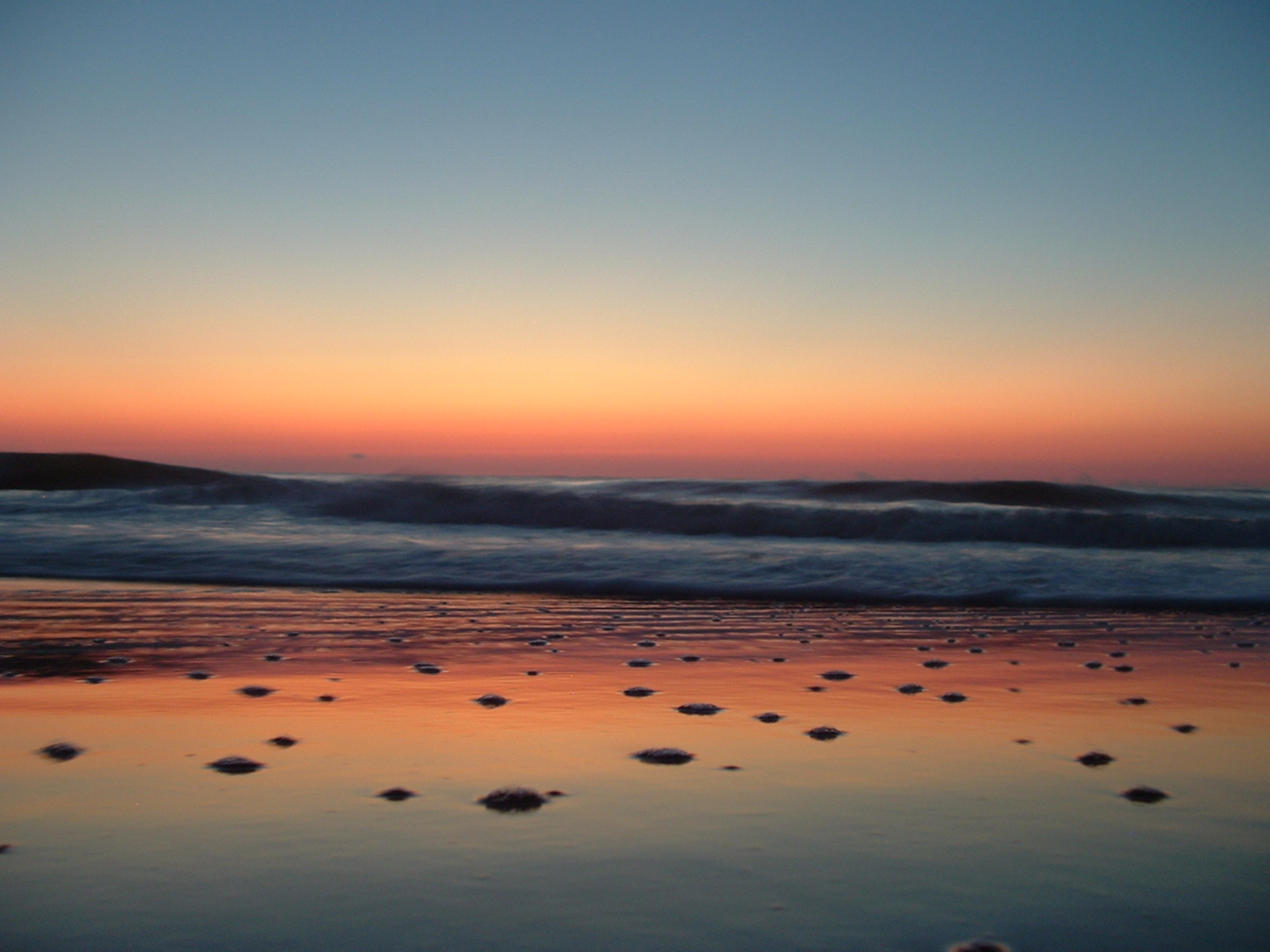